The NCAA video game series has been a mainstay in many homes since 1998 and for some even before that in the days of “Bill Walsh College Football”. It was downright devastating when EA Sport stopped producing the game after “NCAA ’14”.

The game – or some version of it – should return in time for the 2023 season and I just can’t wait. This got me wondering who were the ten highest rated Ohio State football players in video game history. It’s important to remember that no names were used for the rosters, but we can make safe guesses that the No. 2 QB would have been Terrelle Pryor. This is part of the reason why EA Sports had to stop making the game.

Another thing to note is that it’s extremely difficult to find lists prior to the 2004 release, but I feel like I’ve exhausted my options and found the best results. I also want to note that the first game of “Bill Walsh College Football” didn’t even have Ohio State and instead had a weird copycat team named Columbus. There was no individual player ranking and therefore this game was not used. Oh, and don’t forget that NCAA games were labeled a year in advance, so the 2005 version of the game is actually for the 2004 season. Got it? No, maybe – sort of?

Brandon Joe was the highest rated player on Ohio State’s roster in “NCAA Football 2005” at 96 overall and he was actually the only Buckeye on the roster to even reach 90s territory. Strange as it may seem, Brandon Joe was an Ohio State guard from 2000 to 2004 and was the prototype guard for Ohio State.

Before Marcus Freeman became head coach of Notre Dame, he served as All-Big Ten linebacker twice, and in “NCAA Football 2009,” Freeman scored a fine 96 overall. To put into perspective how amazing this Ohio State team was in the video game, Freeman was tied for the third-highest rating on the team with two others. 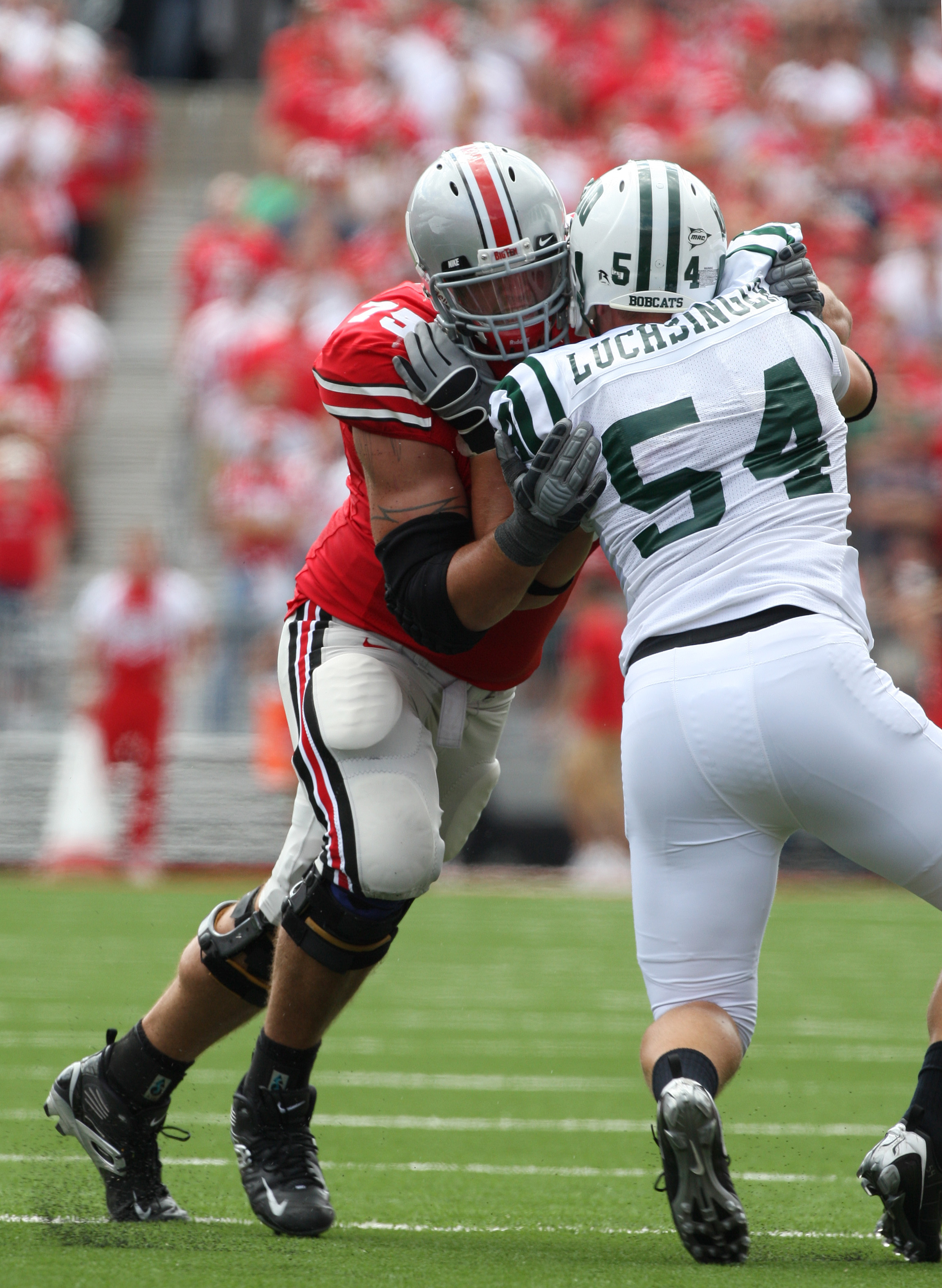 One of Freeman’s teammates on that legendary virtual roster was offensive lineman Alex Boone. He also received the overall rating of 96 in “NCAA Football 2009”. Boone was named All-Big Ten twice during his career at Columbus, Ohio. 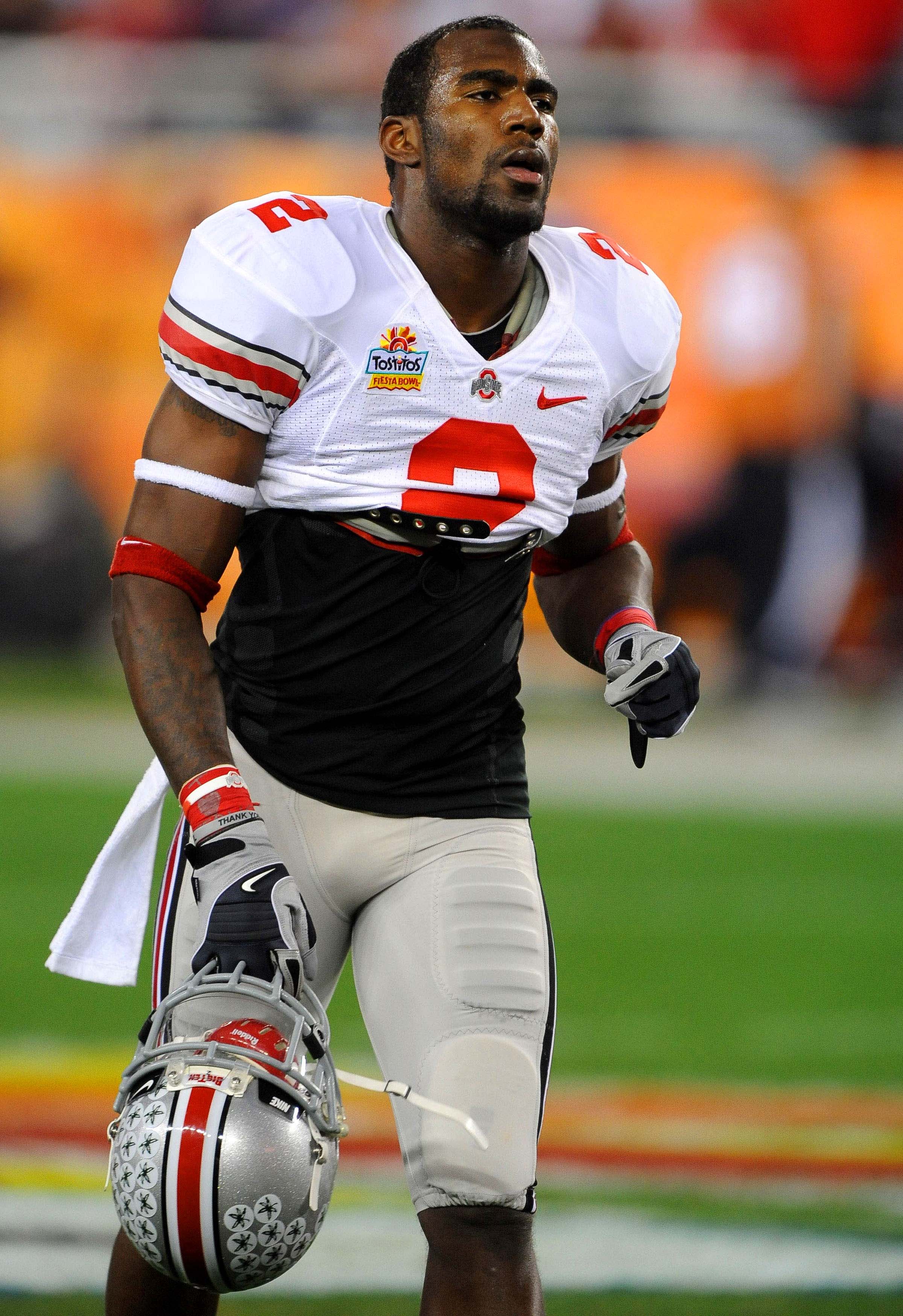 Malcolm Jenkins is one of the best defensive backs in Ohio State history and his 96 overall rating was honestly too low. Jenkins is actually one of the few Buckeyes to cross the 90 overall threshold twice, as he was 96 overall in “NCAA Football 2009” and 94 overall in “NCAA Football 2008”. Jenkins was named All-Big Ten three times, All-American twice, and won the Thorpe Award in 2008. I hear that was pretty good. 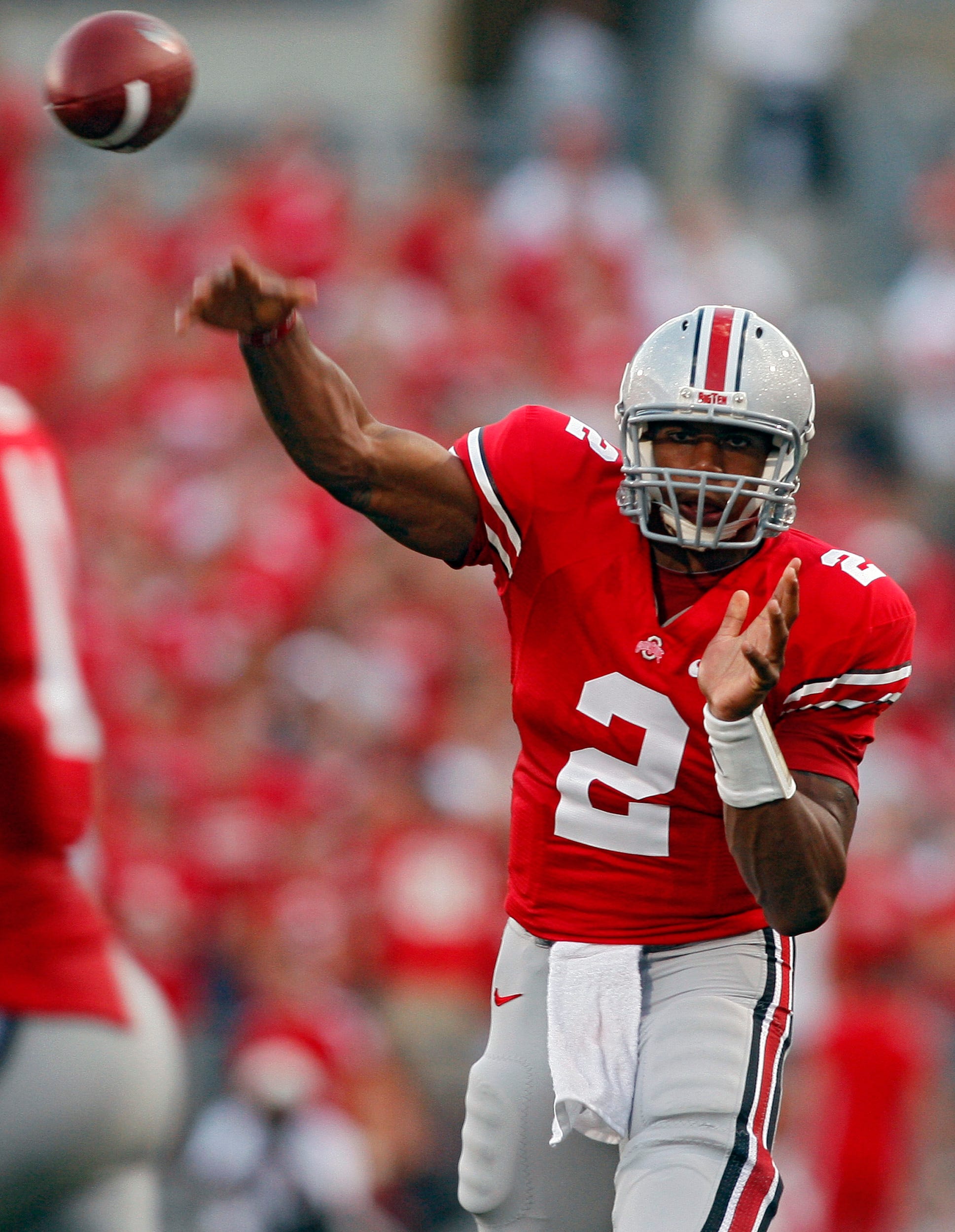 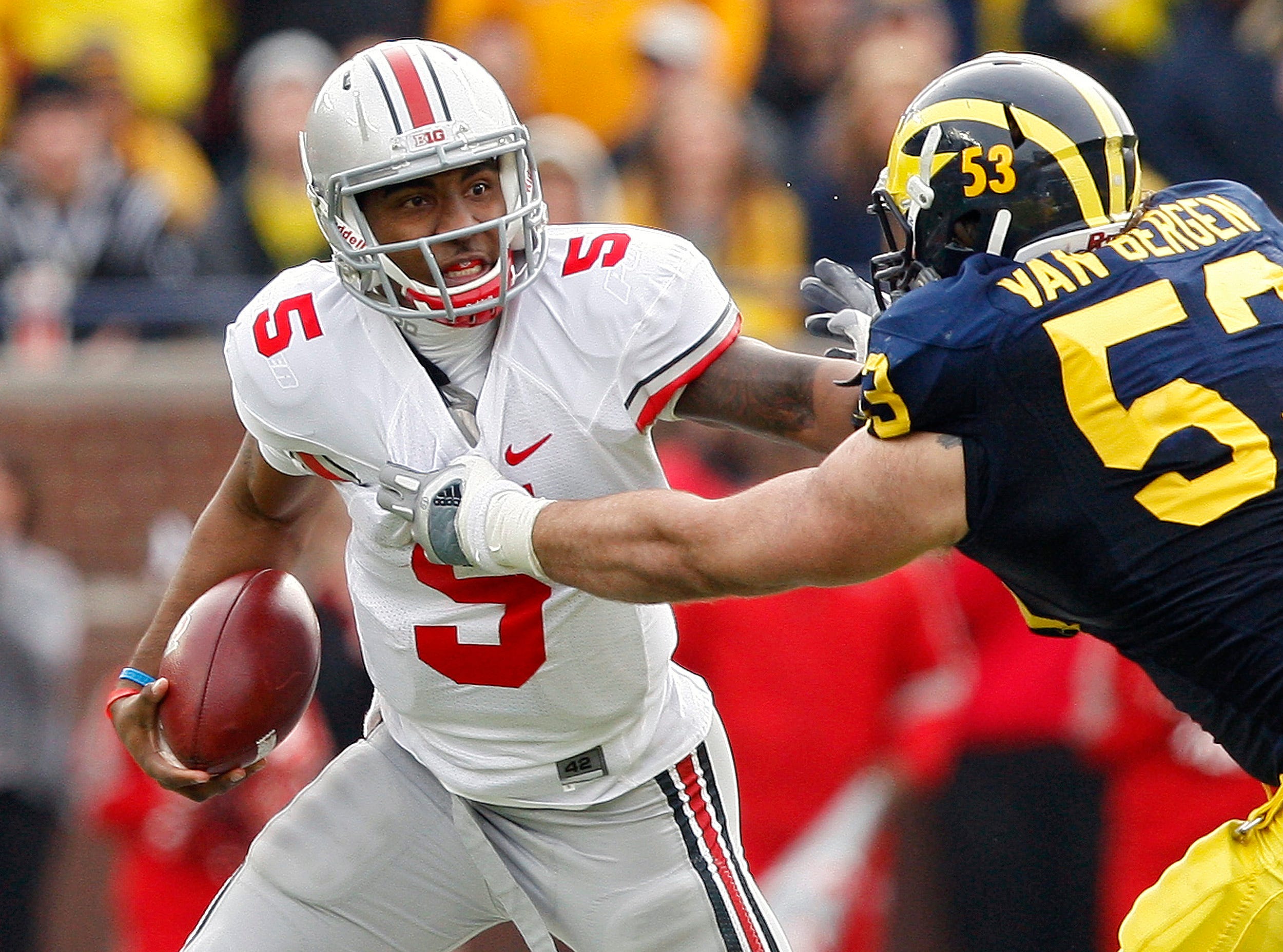 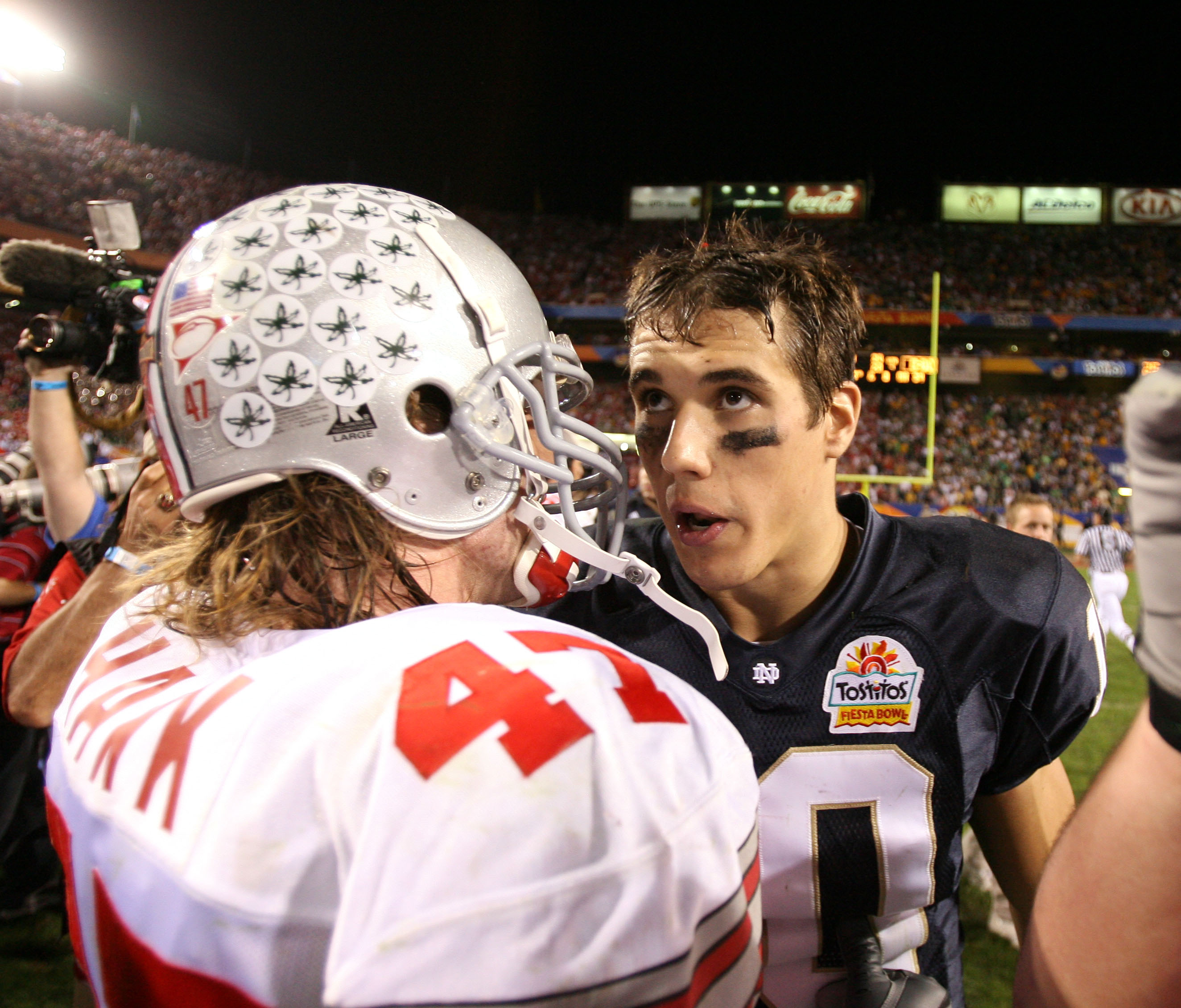 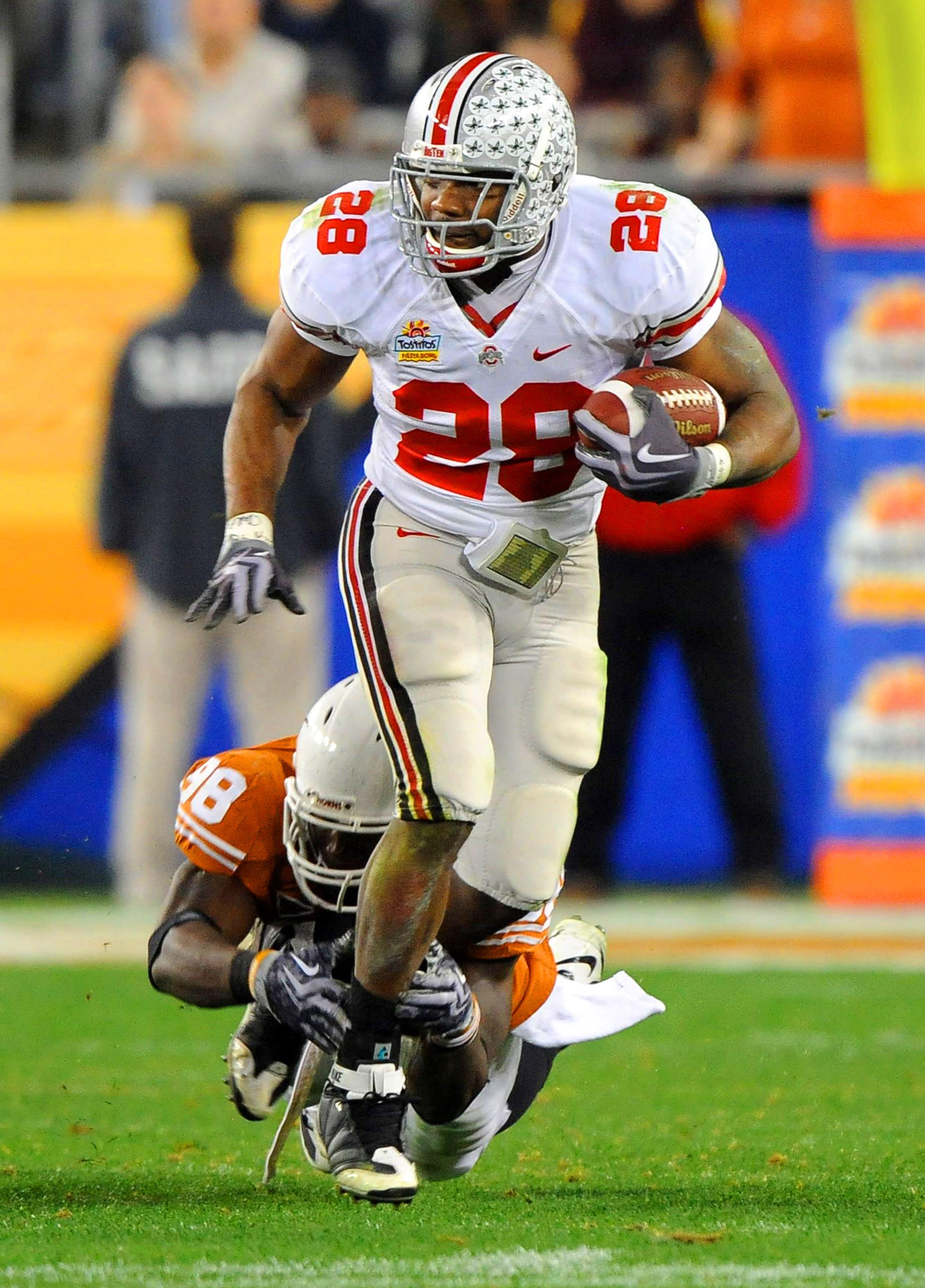 Beanie Wells is another stallion on this “NCAA Football 2009” team. His 97 overall rating was well-deserved as he was named All-Big Ten and All-American during his career at Ohio State and went on to have a strong NFL career, mostly with the Green Bay Packers. 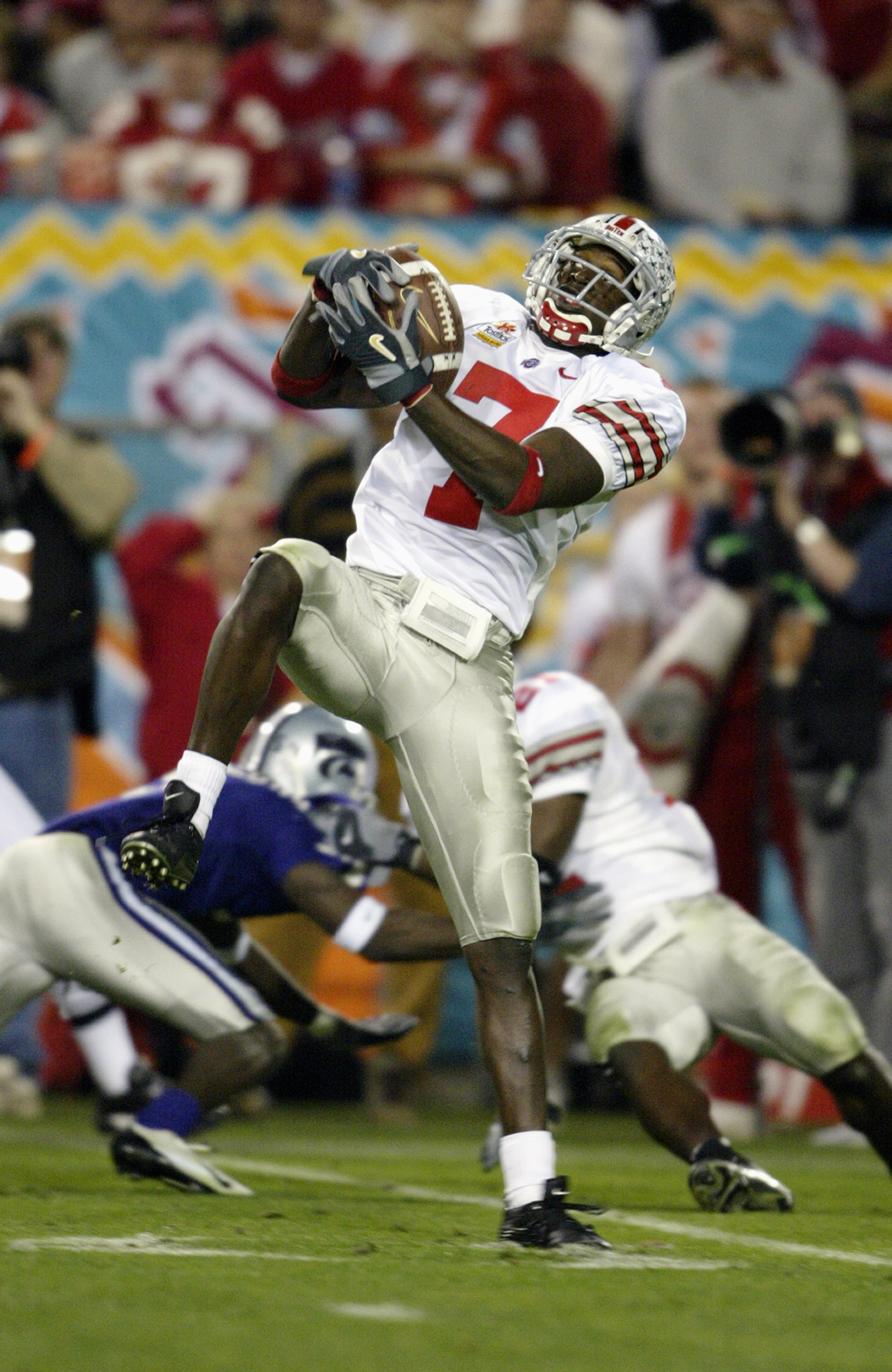 TEMPE, ARIZONA – JANUARY 2: Chris Gamble, number 7 of the Ohio State Buckeyes, catches a pass during the game against the Kansas State Wildcats at the Tostitos Fiesta Bowl on January 2, 2004 at Sun Devil Stadium in Tempe, in Arizona. Gamble announced after the game that he would not return to OSU for his senior season and would not enter the NFL Draft. The Buckeyes beat the Wildcats 35-28. (Photo by Elsa/Getty Images)

Chris Gamble is without a doubt one of the greatest players in Ohio State history and I’m glad he was able to earn some respect with a 99 overall rating. I’ve always thought he was underrated and underused in attack. The national champion and All-Big Ten representative played both sides of the ball for the Buckeyes – both particularly well and never seemed to tire. 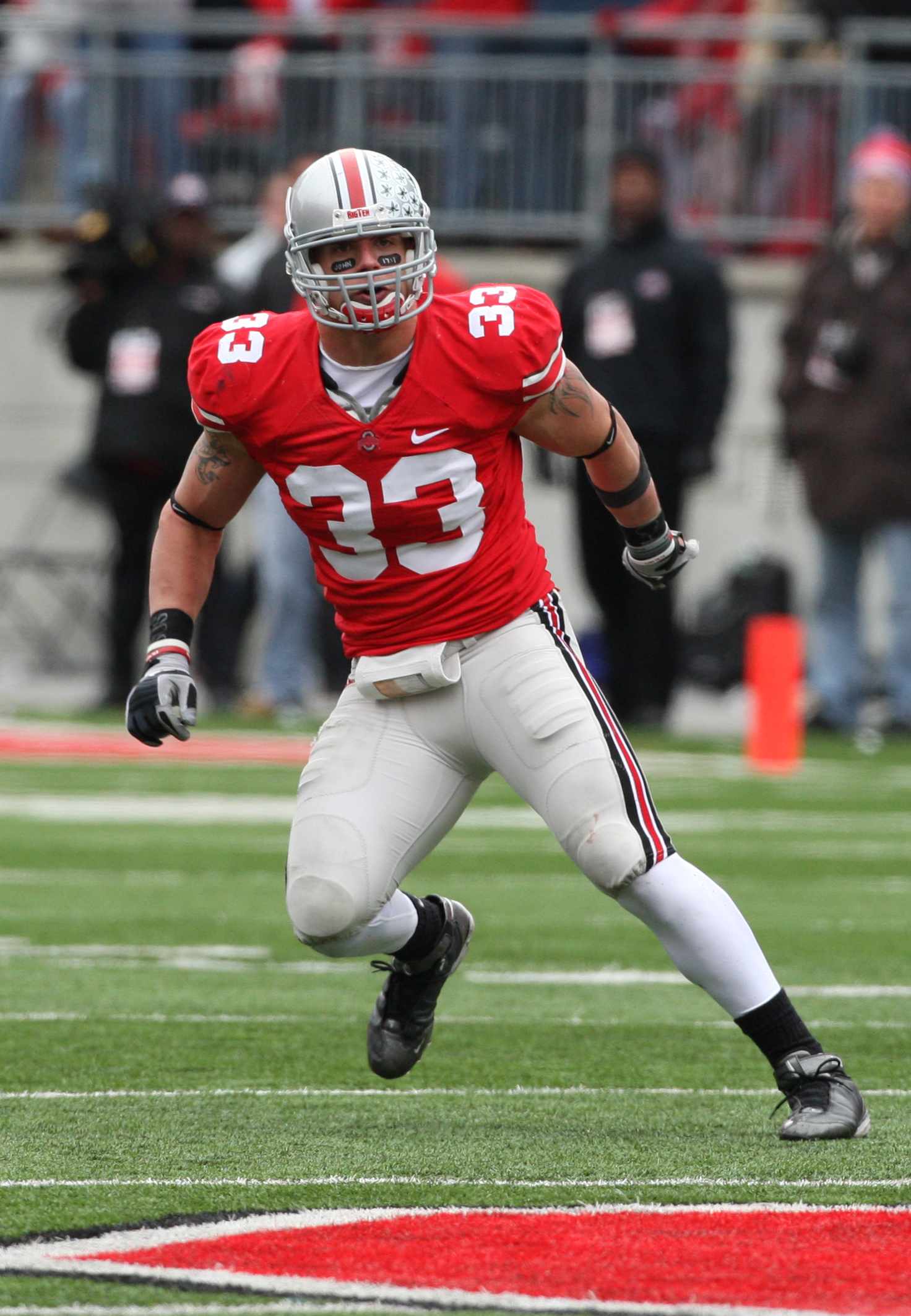 James Laurinaitis is another great Buckeye and has been rated over 90 twice in his career with an overall rating of 95 in “NCAA Football 2008” and an overall rating of 99 in “NCAA Football 2009”..” These high marks are well deserved given that Laurinaitis is a Nagurski Trophy winner, three-time All-American, three-time All-Big Ten Representative, Butkus Award winner, two-time Lambert Award winner and two-time Big Ten Defensive Player of the year, not to mention the winner of the Lott Trophy. That’s a lot of material.

Let us know your thoughts and comment on this story below. Join the conversation today.

Soundtracks can easily be overlooked in video game development, but they have always been extremely important in other types of media such as movies and TV shows. With the evolution of games and its departure from a strictly visual activity towards storytelling, world building, immersive campaigns, the development of a soundtrack that complements the game […]

Ring of Elden is an amazing RPG, but it’s also completely unforgiving, especially when it comes to its final boss. But one YouTuber somehow beat the Elden Beast in just 32 seconds. However, despite this rapid turnaround time, Ring of Elden has such an inventive and fascinating final boss, which is more than can be […]

11th Annual Hero Game Friday, November 26, 2021 Memorial Stadium Lincoln, Neb. ABOUT THE GAME OF HEROES Established prior to the school’s first meeting as Big Ten Conference opponents in 2011, the Heroes Game was created to honor the rich football traditions of the University of Iowa and the University […]